Located at the Eastern Coast of South Andaman Islands and the main entry point of Andaman & Nicobar Islands, Port Blair, the largest town in the islands is the capital city of Andaman & Nicobar Islands, an Union territory of Indian Sub Continent. Port Blair holds the only airport in the entire archipelago. The city is named after lieutenant Archibald Blair of the Bombay Marine ( the then East India Company’s Navy). In 1858, the first European settlement on the islands was established bear the site of old Penal Colony and was named Port Blair, in honour of lieutenant Blair. The very dreaded Cellular Jail, which was built by the British rulers during the period of 1896 to 1906 to house political prisoner of the Indian freedom movement in solitary confinement is located in Port Blair. Port Blair was also head quarters of Azad Hind government under the leadership of Netaji Subhas Chandra Bose during the period of 1943 to 1944.

Port Blair is well connected by Air and Sea from Kolkata, Vizag and Chennai. With the population of around 1,00,00 this coastal city has been blessed by picturesque natural beauty and the centre of attraction from all over the world.

Places to Visit in Port Blair 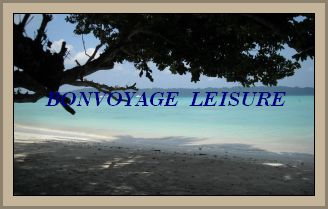 Anthropological Museum :
Established in the year 1955 and managed by Anthropological Survey of India, Anthropological Museum throws the light on the island’s tribal  inhabitants of Andaman and Nicobor Islands and has a collection of around 50,000 rare Photographs and Maps and Charts. It has wide collection of Tools and Weapons used by Andamanese Tribes and also has a well maintained Library, which is a great treasure of Island history. No of films depicting the life and culture of the Andaman also preserved here. The Museum is locate at Haddo in the northern part of Port Blair.
Cellular Jail :
This massive awesome three storied Jail is the burning evident of the atrocities of the British Rulers. This huge Jail took 14 yrs to build up and became operational in 1906.  With almost 700 individual confinements for the prisoners it had earned the dreaded name “ Kala Pani” or “ Black Water”, reflecting the brutalities waited for the prisoners. The Jail walls still holds several inscriptions made by tortured freedom fighters.
There were Seven Wings in all and in the cintre of which was a watch tower from where guards used to keep watch on inmates. The building of the Jail was badly damaged by earthquake in 1941 and again by Japanese invasion in 1942. At present the Jail has only Three Wings.
The Jail at present a revered Shrines dedicated to great Indian Freedom Fighters sacrificed their life for the independence of the nation. There is also a Museum, an Art Gallery and a Photo Gallery. Everyday in the evening at the Jail premises Lights and Audio shows describe the tale of the freedom fighters.
Marine Science Museum ( Samudrika) : 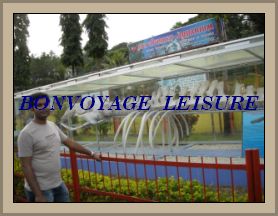 Samudrika Marine Science Museum is managed by Indian Navy is a wonderful place to visit. The museum is the showcase of Marine richness of the region.
The significant marine treasure, Corals are found in plenty in this region and the Museum exhibits a complete collection of Corals found in the island. The Museum has numerous collection of Shells, which are found near the sea. Apart from Corals and Shells, the Museum with an aim to create an awareness on various aspects of Oceanic environment offers the spectacular collection of wonderful species of underwater kingdom. It also stores number of marine species like, Sharks, Crocodiles, Dolphins, Crabs, Prawns etc.
Samudrika is divided into five categories. They are i) History of the Islands ii)  The People of these Islands iii) Marine Life iv)  Archeology and v) The Geography of Islands.
Water Sports Complex :
The unique Andaman Water sports Complex is a renowned Sports Complex which offers all possible Aqua Sports facilities like Water Skiing, Sail Boats, Wind Surfing, Speed Boats etc. and safe Water Sports like Paddle Boats, Row Boats ect. It also has sea water Swimming Pool. There is also a marvelous Memorial for the Battle of Aberdeen fought between British soldiers and Andamanee aboriginals in 1859 add to the beauty of this region.
The complex comes alive every afternoon with outboard motors. Riding towards Ross Island is an enchanting experience. There is a Childrens’ Traffic Park and an artificial Waterfall.
Mahatma Gandhi Marine National Park : 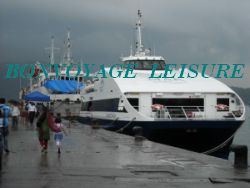 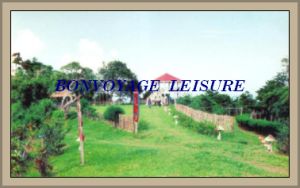 Located at the height of 365 meter above the sea level and once the Summer head quarters of the Chief commissioner of the British region. Mount Harriet offers a superb view of Port Blair City. Rose Island & Havelock Islands. Mount Harriet occupies  the second highest point in the Andaman & Nicobar Islands. It is named after Harriet Tytler ,who accompanied her husband Robert in 1862 during the latter’s  officials posting in the Islands. Mount Harriet is lavishly blessed by the nature & has become a major tourist attraction. From Mount Harriet to walk along with the natural trail up to Madhuban National Park is a fascinating experience. Tourist can be experienced by watching Elephant being trained for carrying Logs or can have glimpses of variety of animals, endemic birds, butterflies and rare flora & fauna which are the ample in the region.
Mount Harriet can be reached from Port Blair by sea or by road. From Chatham Jetty in Port Blair vehicle ferry service are available to Bamboo Flat. And from Bamboo flat it’s a 7 km up hill drive by the side of sea to Mount Harriet check post. By surface Mount Harriet is 55 km driving from Port Blair. Tourist must get permission from the Warden at Haddo before start trailing along Mount Harriet.