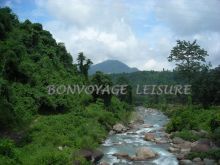 Dooars or Duars is one of the very few places left in the country where nature is so lavish of her green facilities. The unending stretch of virgin forests is cress-crossed by the river Teesta her innumerable tributaries ie. Torsa, Jaldhaka, Dyna,Raydak and many other rivers are also floated through forests of Dooars ,   Looking like molten silver against their setting Sun, beautiful motorable roods cut through the deep forests, lush green numerous tea gardens - rich with wildlife , mauve hills stand at the end of graceful plains.  The melody of the grooves forces you to surrender the sophistries you so carefully cultivated in the City. After a day’s journey through the splendid scenic beauty, a happy twilight will bid you retire in the cozy comfort of luxurious Lodges or Village Hut’s, and leave for you a million dreams of the glorious morrow.
Dooars means door in Bengali, Asamese, Nepali, Bhojpuri languages. Dooars / Duars forms the gateway to Bhutan from India. Dooars a mystic valley where nature showers its innumerable blessings stretching from river Teesta on the west to river Sankosh on the east, 130 km long and 48 km wide with towering presence of the great Himalaya. The entire area was the trade root with Bhutan. The each corridor was known as door, so, the land of doors become Dooars.The altitude of Dooars area ranges from 90 mts to 1750 mts.

How to reach in Dooars :

Tourist destinations in  Duars / Places to visit in Duars / Dooars: 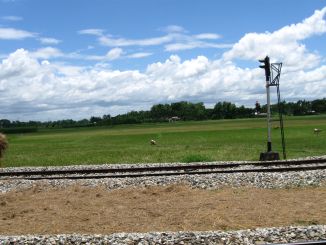