The Andaman and Nicobar Islands

The Andaman and Nicobar Islands were covered by mysteries for centuries due to their inaccessibility and lack of any authentic Historical account. According to mythology, the name Andaman was presumed to be derived from Hanuman, who was making a stop-over in the Andaman, while he was en-route to Lanka in search of Sita. The Andaman and Nicobar Islands were inhabited by thousand of years by the aboriginals. But their xenophobic and belligerent characteristics resulted the area remained unexplored. 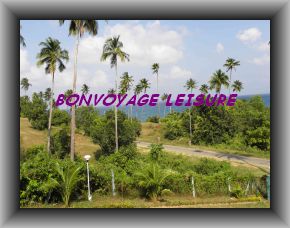 The first recorded reference to Andaman and Nicobar Islands is found in the monumental work Badhisattavavadna Kalpata by Kashmiri poet Kshendra during the region of the great emperor Ashoka in 3rd Century B.C. In the 2nd Century A.D. Claudius Ptolemaeus, the celebrated Egyptian geographer, popularly known as Ptolemy, mentioned in the Andaman & Nicobar Islands from Cape Negrais to Sumatra in his writing in 2nd Century A.D. The Chinese traveler I.Tsing, who visited the islands in 673 A.D., during his trip to India, described the inhabitants as “ Cannibals”. Venetian explorer Marco Polo who passed by the islands sometimes around 1290 A.D., also described the Andaman & Nicobar Islands as a “ very long islands” . The first settlement by the British took place in 1789, which was later abandoned in 1796. The second settlement was basically a penal settlement, taken up in 1858, after the First War of Independence, followed by the settlement of convicts, Moplas, some criminal tribes from Central and United Provinces, refugees from erstwhile East Pakistan, Burma and Sri Lanka as well as ex-servicemen.

Located at the South Eastern Part of the Indian main land, the archipelago of 572 islands, islets and rocks are known as Andaman and Nicobar islands. The islands were constituted into Union Territory in 1956 and stretches around 700 km from North to south with 36 inhabited islands. Andaman and Nicobar islands lie closed to the Arakanmayo Mountain range of Myanmar and the 92% of the land areas of islands are covered by rain forests. About 50% of these forests have been kept aside as Tribal Reserves, National Parks and Wild Life Sanctuaries, which are still virgin. Mangroves, which are possibly richest in the world holds around 11.5% of the forests. 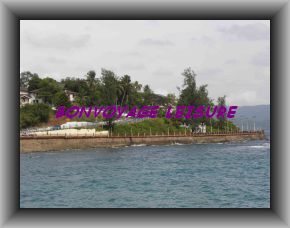