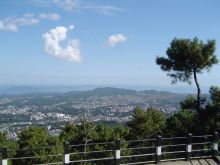 Perched at the height of 1496 m above the Sea level on the East Khasi Hills, Shillong the capital of Meghalaya is one of the most beautiful hill stations in the North Eastern part of India.  The city is popularly known as the “ Scotland of the East”, due to its striking similarity with the Scottish highlands. The city derives its name from “ Leishyllong”  meaning “ the Superpower or God who is believed to reside on the Shillong Peak overlooking the city”. The city Shillong lies on the Eastern part of the state. 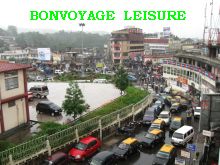 Due to its latitude and high elevation Shillong has a sub-tropical climate with mild summers and chilly to cold winters. Shillong is subject to vagaries of the monsoon. The monsoons arrive in June and it rains almost until the end of August. October-November and March-April are the best months to visit Shillong. 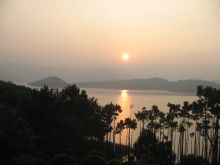 With numerous waterfalls, pine trees and forested mountains, Shillong is an ideal tourist destination. The best way to ‘see’ Shillong is to take a walk. The town’s up and down byways lend themselves to a leisurely stroll.  There are several museums and churches, which are worth visiting by the travelers. Experience the breathtaking beauty of the nature and explore varied features of Shillong. Anyone can visit various places of interest during the  trip to Shillong.
There are ample choices for shopping in Shillong. Hand woven baskets, hand-woven shawls, handicrafts, orange flower honey and cane work can be the best buy from the local shops of Shillong. For authentic handicraft items, it is better to visit the Meghalaya Handicrafts, Khadi Gramodyog and Purbashree. The main shopping areas of Shillong are Police Bazaar, Bara Bazaar and Laitumukhrah.