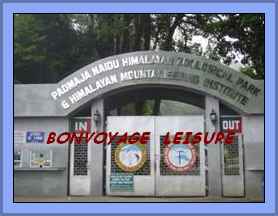 This Zoo is one of the most famous and highest Zoological Parks in the world for its natural beauty and captive breeding. This is the only Zoo in the world which breeds Tibetan Wolf in captivity and the first South Asian Zoo to breed snow leopard and Siberian Tiger.   Padmaja Naidu Himalayan Zoological Park was formed on 14th August in 1958 with the main objective to form this park was to preserve endangered species and animals and to study, conserve & preserve of the threatened Himalayan Fauna. This Himalayan Park is a residence of some of the most rarest & endangered animals in the world, ie. Red Panda, Siberian Tiger, Tibetan Wolf and Snow Leopard etc. and the effort to multiply these rare animals is laudable. Himalayan Black Bear is also found here. Number of tourists pay a visit to this park to have some glimpses of threatened  and beautiful animals in the world who roam in a walled nature. 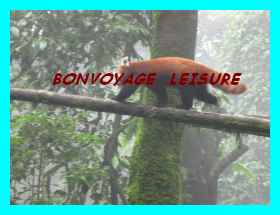