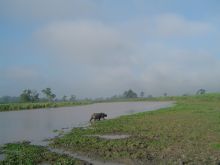 Kaziranga National Park’s swamps and grasslands with tall thickest of Elephant Grass and patches of Evergreen Forest support a large number of wild animals to survive. Apart from grasses and forests Kaziranga National Park has an abundant cover of Water Lilies, Water Hyacinth and Lotus, providing a beautiful look to the surrounding to the park. Each monsoon, the Brahmaputra breaches its banks and floods the park, breathing life back into the parched land and replenishing the 200 shallow lakes with water and fish. 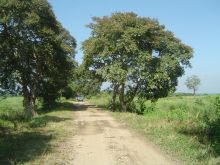 Kaziranga National Park is 217 km from the state capital, Guwahati. Nearest Airport is Jorhat, which is 96 km away from the Park.